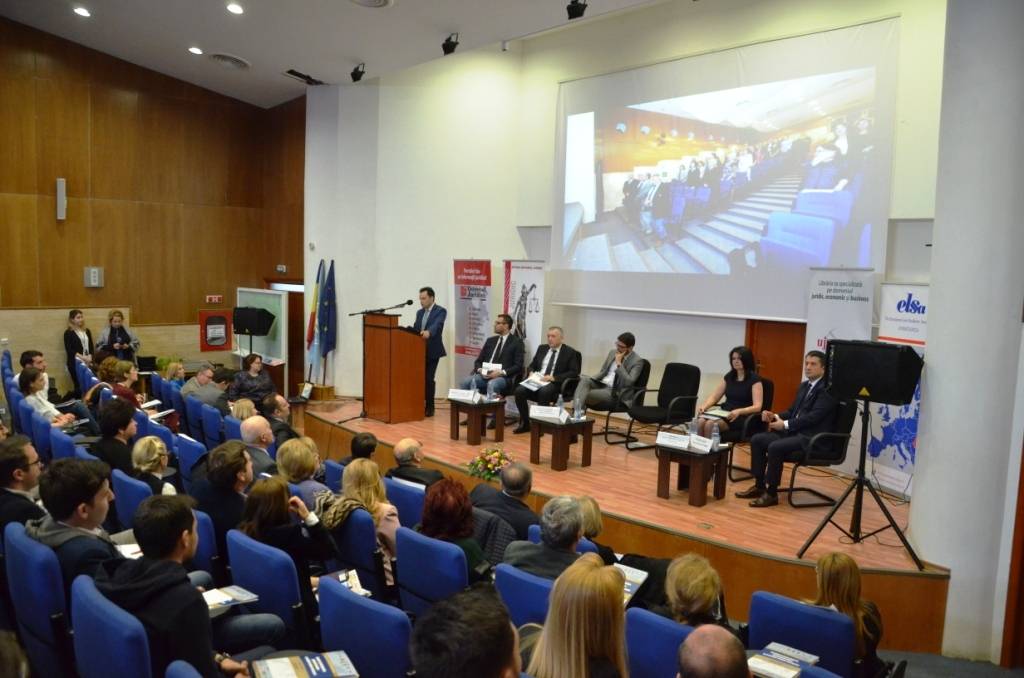 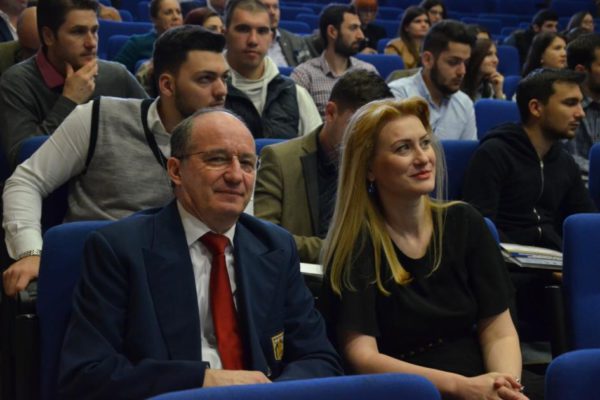 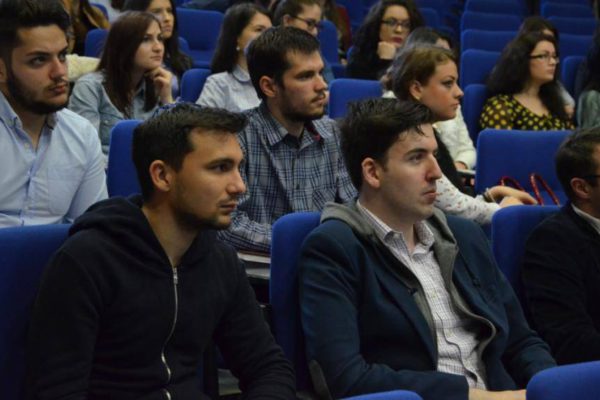 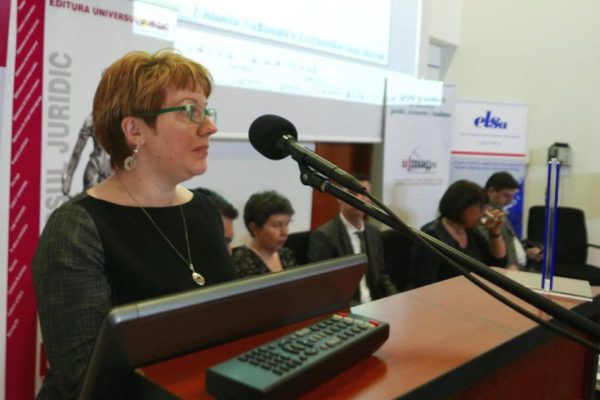 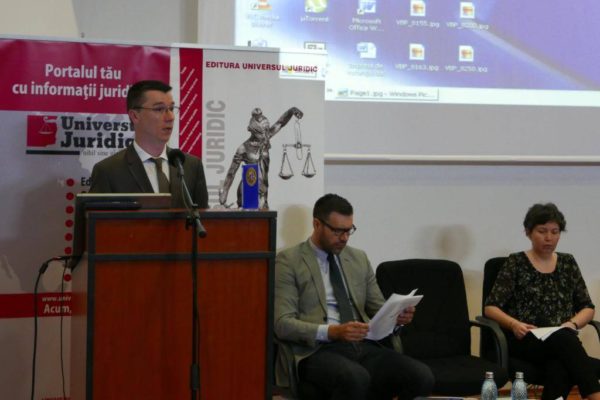 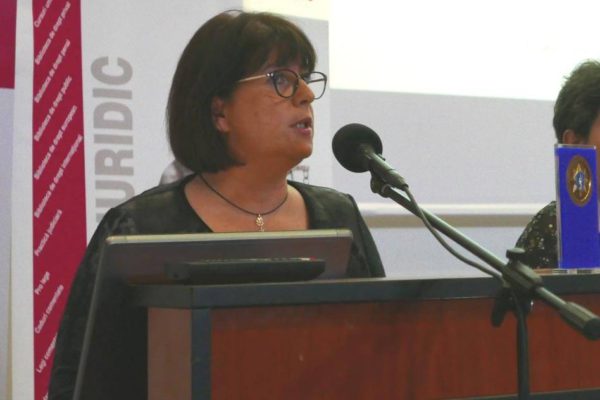 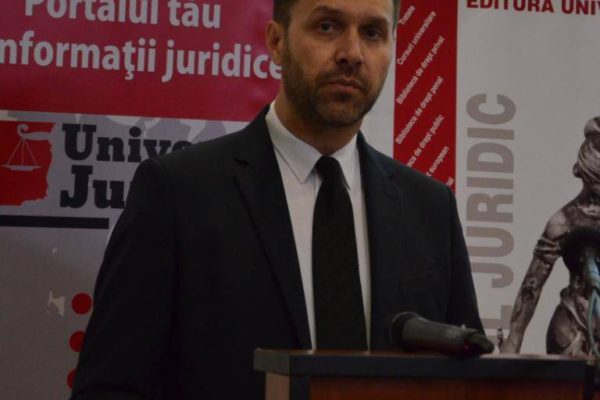 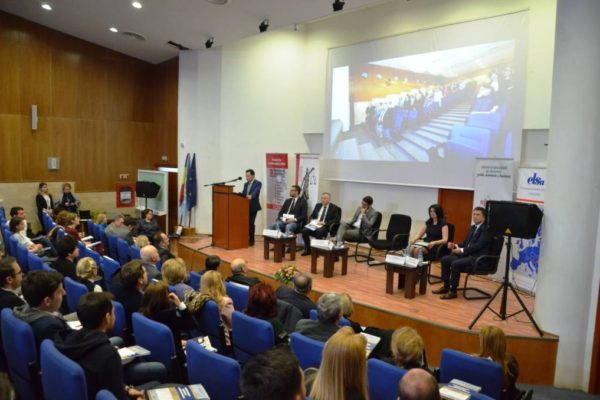 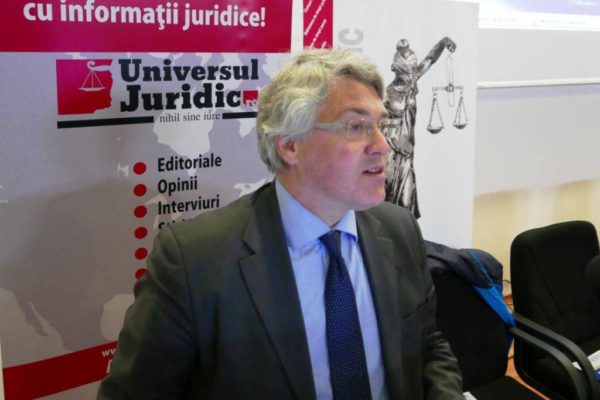 The symposium consisted of four parts. The first part was devoted to European civil and procedural legal area. It was chaired by Gabriel Grigore, lecturer. Liviu Pop, university professor, mentioned the obligation of pre-contractual information, a means of protecting consent at the end of the contract. Marian Nicolae, University Professor, addressed the theme of the New Civil Code and the end of the juridical absolutism of the State (problematic of the hierarchy of sources of civil law). Claudiu Dinu, lecturer, focused on the presidential order and the special conditions included in the new Romanian Civil Procedure Code. Mircea Ursuta, lecturer, oriented her intervention on the principle of availability in the new Romanian Code of Civil Procedure. She took a special look at the infringement procedure. Finally, Gabriel Lefter compared the modernization of the regulation of appeal in civil proceedings in the light of other European legislations.

The second part dealt with European criminal and procedural legal area. It was chaired by Marian Alexandru, lecturer at the Faculty of Law and Administrative Sciences of the University. It included the speeches of Vasile Drăghici, University Professor (The European Investigation Decision), Plamen Nikolov, Prosecutor in Dobrici (Bulgaria) (The European arrest warrant in the Bulgarian Criminal Law), Copetchi Stanislav, Assistant Professor at the State University of the Republic of Moldova (Various implications for the provocation of the offense in the light of the practice of the European Court of Human Rights), Viorel Gheorghe, President of the Court of Constanţa (The specific contribution of review procedures to the whereabouts of the truth in the criminal trial), Mihai Udroiu, Judge (The Ibrahim Turnaround or the Reform in Peius in the field of Fair Trial Standards), and Tudorel Toader, University Professor, Minister of Justice.

The third part concerned European legal area of enforcement procedure. It was chaired by Adrian Stoica. Guillaume Payan, Lecturer at the University of Toulon (France), presented the Guide on Good Practice on Enforcement, which he wrote and which was adopted by the European Commission for the Efficiency of Justice (CEPEJ) in 2015. Mihaela Mocanu, Assistant Professor, discussed the theoretical and practical aspects of fulfilling the obligations to do and not to do. Françoise Andrieux presented the profession of judicial officer in Europe. Oxana Novicov, Secretary General of the National Union of Judicial Officers of Moldova, spoke about the material and territorial competence of the judicial officers of her country. Then Răzvan Anghel, President of the Civil Section of the Constanţa Court of Appeal, examined the particularities of the enforcement of the judge’s decisions concerning the restoration of an employee following his unlawful dismissal.

The fourth part focused on the main players in the European legal area. It was chaired by Bogdan Dumitrache, judicial officer, trainer at the National Institute of Magistracy. Mathieu Chardon presented the reform of the profession of judicial officer in France. Igor Doroftei and Tatiana Bunduc, judicial officers, members of the Disciplinary Commission of the National Union of Judicial Officers of Moldova, discussed various aspects of the judicial officer’s responsibility in their country. Marin Voicu, university professor, doctor honoris causa of the Ovidius University of Constanţa, addressed the subject of the profession of lawyer: liberal profession in the European legal area, status, career, limits and restrictions of the free practice of the profession of lawyer. Cristina Duţă, assistant professor, addressed the magistrate’s responsibility in the current legislative context. Mihaela Druescu, notary, member of the Notary Chamber of the Court of Appeal of Bucharest, presented the new notarial practices in the perspective of the New Civil Code and the New Code of Criminal Procedure. Finally, Lucian Păun, Inspector at the Ministry of Justice, addressed the problems of systematic delays and negligence in performing one’s activity and the limits of professional supervision over judicial officers’ activities.

Through these three days of work of extreme density and unmatched intellectual quality, the Ovidius University of Constanţa and its Faculty of Law have once again confirmed their impressive organizational capacities. The UIHJ particularly thanks Adrian Stoica for having been associated and invited to participate in this main event.

Help for Ukraine – Call for donations from the Romanian Chamber

20th Anniversary of the National Union of Judicial Officers of Romania