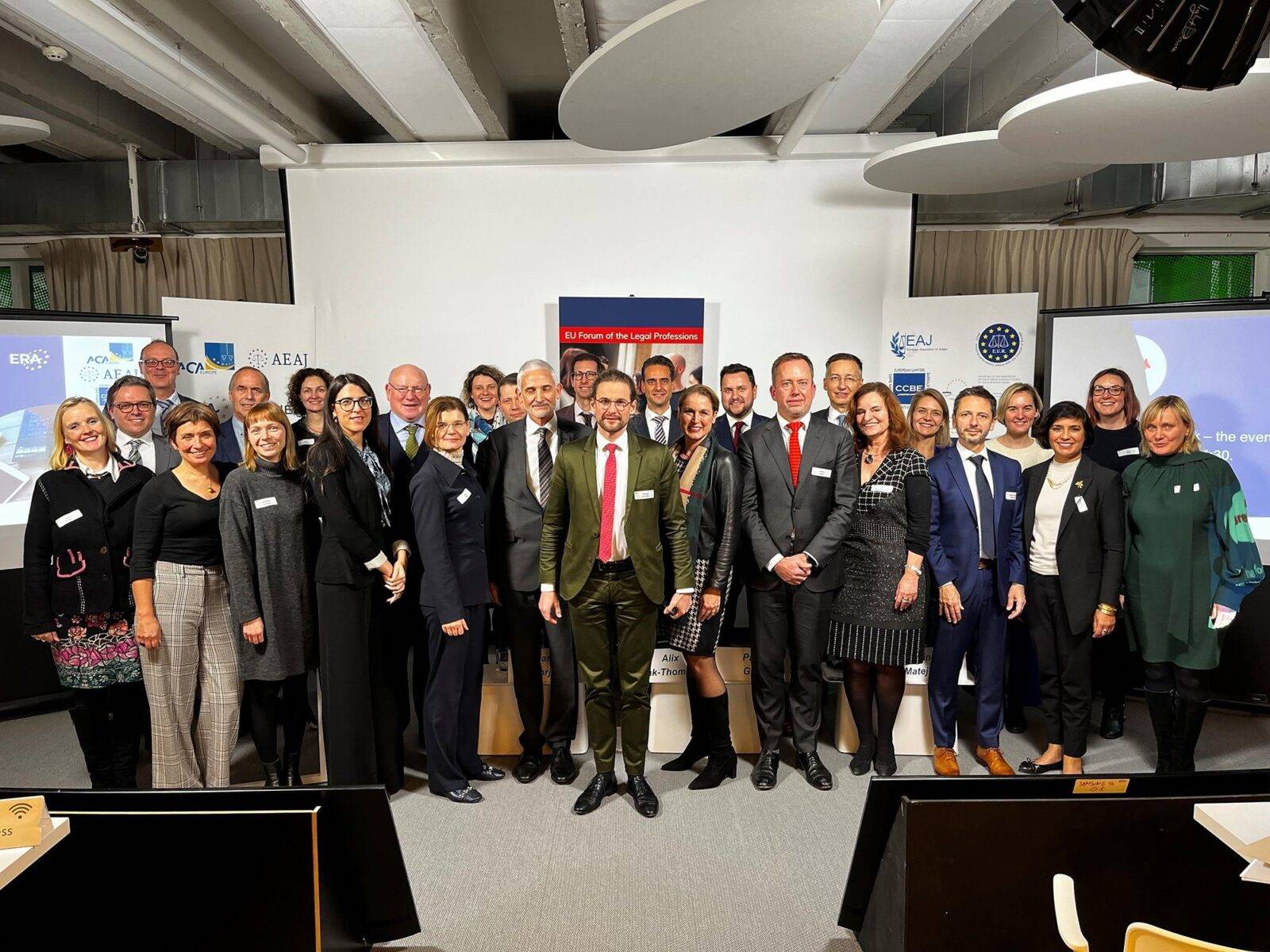 EU Forum of the Legal Professions

Representatives of the judicial and legal professions in Europe gathered in Brussels on 2 December 2022 for the 𝗘𝗨 𝗙𝗼𝗿𝘂𝗺 𝗼𝗳 𝘁𝗵𝗲 𝗟𝗲𝗴𝗮𝗹 𝗣𝗿𝗼𝗳𝗲𝘀𝘀𝗶𝗼𝗻𝘀 to analyse why it is becoming more difficult to attract young people to a career in law and to discuss ways to address the problem.

Prof. Dr. Matthias Kilian from the Soldan Institute at the University of Cologne presented the situation in Germany as a forerunner for the rest of Europe.

He explained how the growth in the proportion of school-leavers obtaining academic university degrees had led to a peak in the number of new lawyers at the turn of the millennium, with the numbers in steady decline since then. Major demographic shifts, notably the far higher number of women entering the law, mean that the career expectations of Generation Y are starkly different from those of the Baby Boomers who still dominate senior positions but who will soon retire. He argued that the judicial and legal professions need to reform their career models to be more attractive to the future generations of practitioners.

Her Honour 𝗝𝘂𝗱𝗴𝗲 𝗔𝗻𝘂𝗷𝗮 𝗗𝗵𝗶𝗿 𝗞𝗖 of London’s Central Criminal Court spoke of her own experience of prejudice as a young lawyer of Indian origin in the UK and presented the work of the Judicial Appointments Commission to increase diversity in recruitment to the judiciary.

Giulia Guagliardi, Immediate Past President of the European Young Bar Association and a practicing lawyer in Rome, demonstrated how the image of lawyers in popular culture has been damaged in recent years and called on the legal professions to work together to improve their reputation as an honorable profession.

Austrian judge 𝗚𝗲𝗼𝗿𝗴 𝗦𝘁𝗮𝘄𝗮, former President of the Council of Europe’s Commission for the Efficiency of Justice, talked about the need for judges and lawyers to do more to make their work understandable and accessible to the general public.

Christian Lemke, Vice-President of the Bundesrechtsanwaltskammer (German Federal Bar Association), described the impact of LegalTech on both the public’s expectations of the justice system and the skills required of future lawyers. He challenged the legal professions to embrace rather than resist technological developments.

𝗗𝗮𝗺𝗶𝗷𝗮𝗻 𝗙𝗹𝗼𝗿𝗷𝗮𝗻č𝗶č, President of the Supreme Court of the Republic of Slovenia highlighted the importance of the initial training. Judges, besides being a national judge, are also European judges, therefore they need to apply EU law, if necessary, ask preliminary reference questions from the CJEU. The importance of this pan-European aspect and the cross-border procedures – both in civil and criminal cases – require judges also to master foreign languages. The judicial salary and the appointment procedure are the main shortcomings in Slovenia. The involvement of the legislative powers in the appointment is subject of constant debates for decades. The political influence also decreases the attractiveness of the judicial profession. Last, president Florjančič also mentioned the problem of gender imbalance, which differentiates based on the level of the court.

Patrick Gielen, a judicial officer from Brussels, the secretary of the International Union of Judicial Officers (UIHJ – UNION INTERNATIONALE DES HUISSIERS DE JUSTICE) started his short presentation on the Belgian system about raising the question of ageing (the average is 62 years). He mentioned that the role of judicial officers and bailiffs is not well known enough by the society, there is a rather bad image presented by the media. In Belgium there are only a few possibilities for training, however in some countries the situation is even worse, there is a total lack of training.

Alix Frank-Thomasser the Chair of the CCBE Corporate Social Responsibility Committee introduced the Austrian system of initial training and what are the essential technical skills for lawyers. She elaborated the soft skills lawyers need to master to become successful and mobile lawyers. Covid pandemic brought more attention to the importance to modernize the working environment in law firms. She elaborated on the gender stereotypes, and the issue of gender imbalance (either towards men or women).

In the late afternoon the Forum was concluded with some very interesting remarks by the representatives.

The 𝗘𝗨 𝗙𝗼𝗿𝘂𝗺 𝗼𝗳 𝘁𝗵𝗲 𝗟𝗲𝗴𝗮𝗹 𝗣𝗿𝗼𝗳𝗲𝘀𝘀𝗶𝗼𝗻𝘀 aims to provide a structured dialogue among the legal professions in Europe, where common challenges and concerns can be addressed and analyzed. 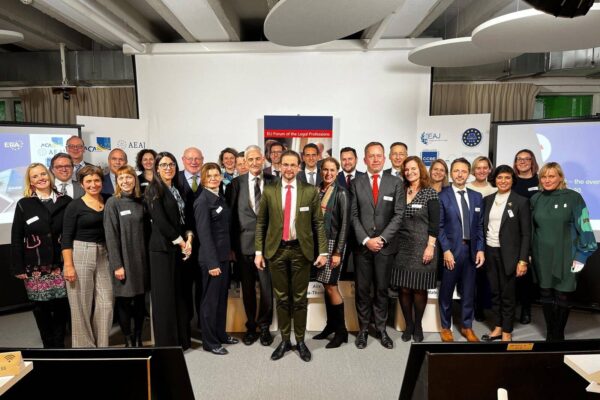 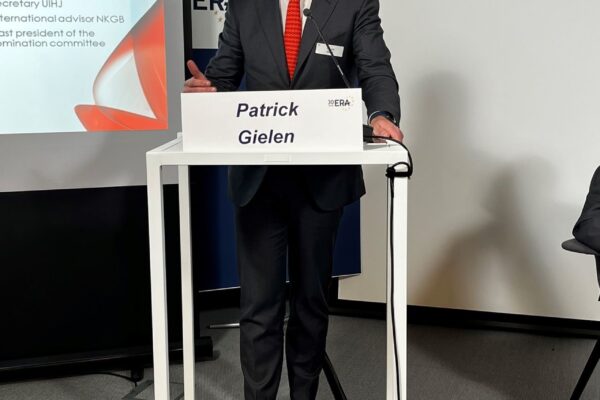 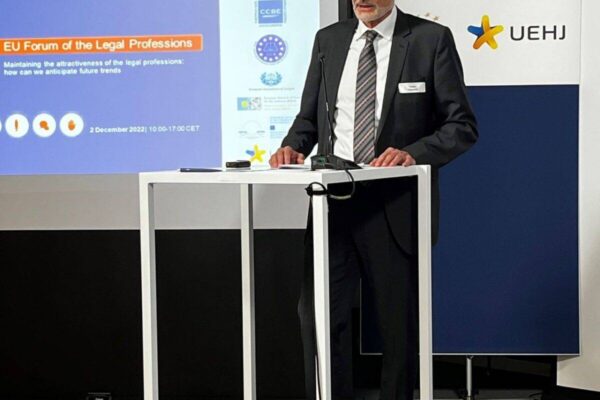 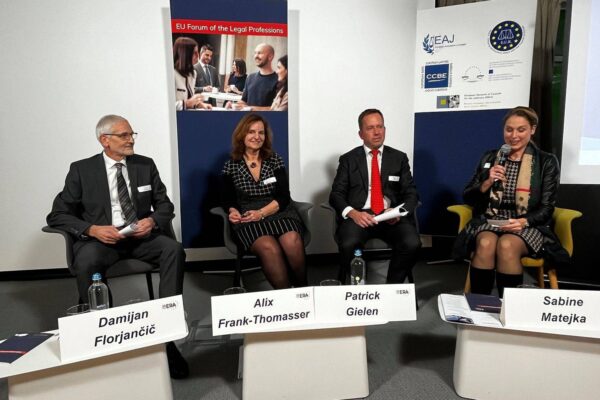 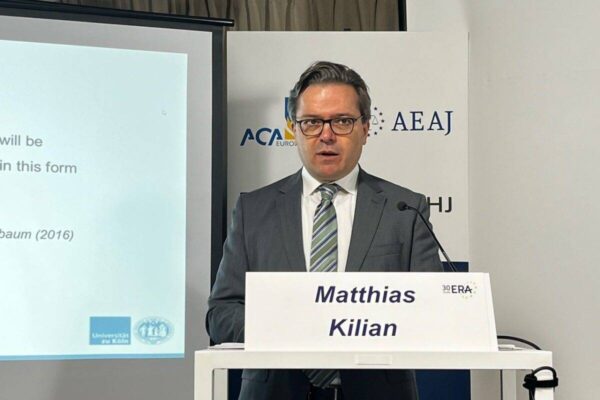