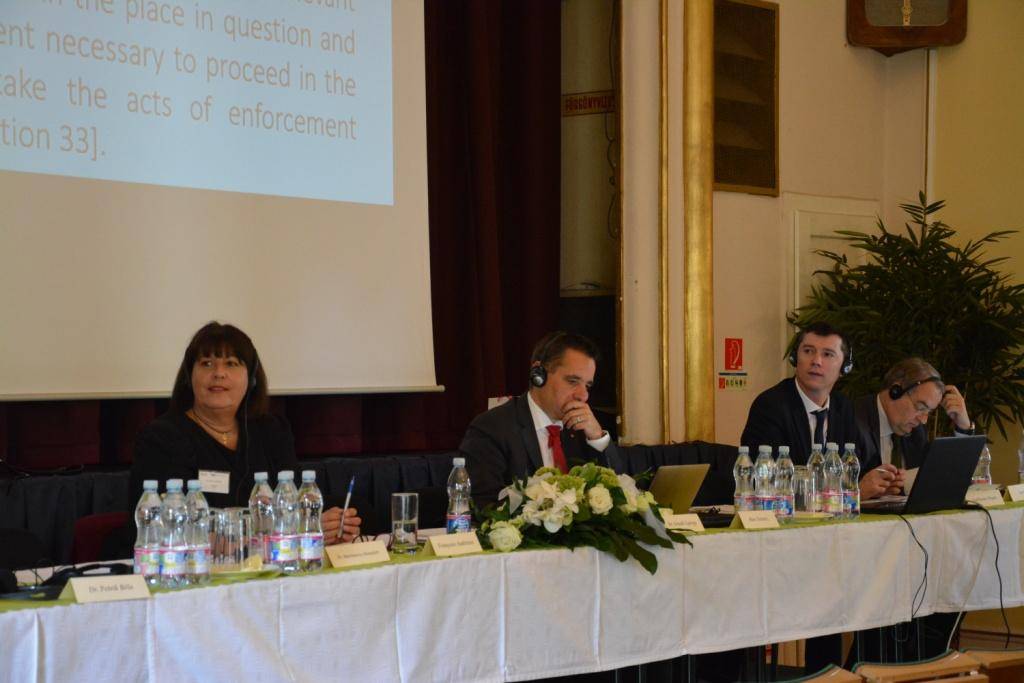 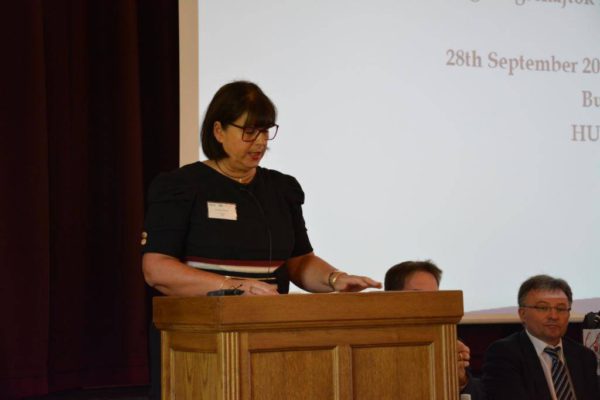 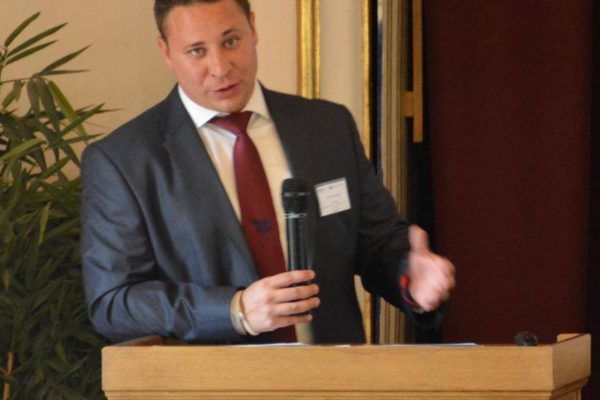 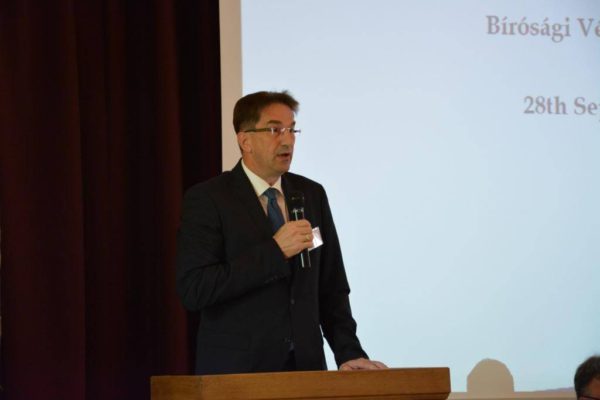 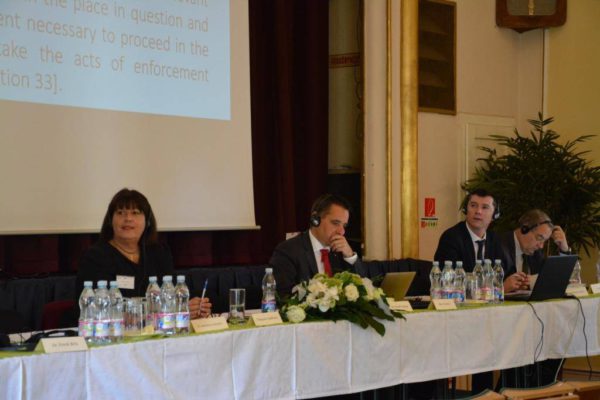 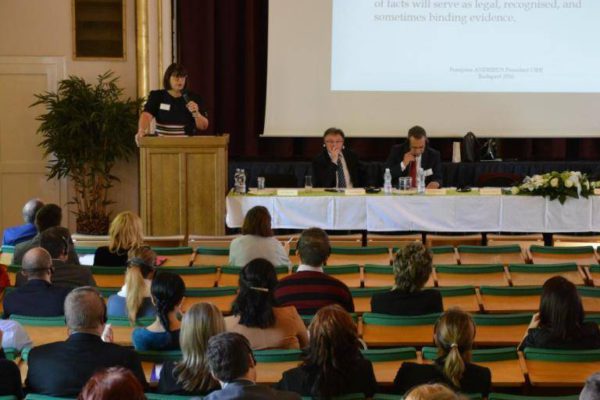 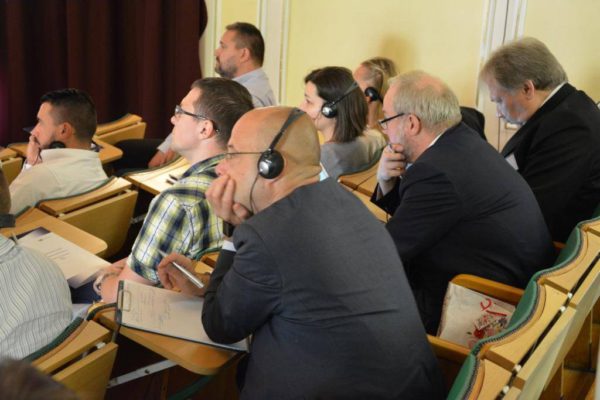 The theatre of the event was set in the premises of the National Order of the Judicial Officers of Hungary, whose president is György Schadl. The delegation of the UIHJ included Françoise Andrieux, President, Marc Schmitz, 1st Vice-President, Luis Ignacio Ortega Alcubierre, Vice-President, and Guillaume Payan, lecturer at the University of Toulon (France), Director of the Legal Unit. In the audience, several countries were represented, including Belgium, Estonia, Finland, Portugal, Romania, Serbia, Slovakia, and Spain. Many Hungarian judicial officers were also present at this important conference.

During the opening speech, Pál Völner, State Secretary for Justice of Hungary, underlined the importance of the UIHJ. He recalled his meeting with President Andrieux in February 2016. He stressed the factual usefulness of the work of the UIHJ, in particular through the Global Code of Enforcement, a copy of which was handed to him on this occasion, an inspiration for national legislation, and a model law.

Françoise Andrieux mentioned the common history of Hungarian judicial officers and the UIHJ, which was one of the key element behind the creation of the liberal judicial officer in the country. She encouraged the profession to pursue its evolution, particularly in accordance with the CEPEJ Guidelines on Enforcement, through the addition of new activities such as statements of facts or extrajudicial debt recovery.

The speakers then took the floor in turn. The organisers had chosen to give everyone enough time to develop and explain each topic in depth:

An attentive audience was given a complete view of the system of enforcement of court decisions in Hungary as well as the new activities that could logically be granted to the Hungarian judicial officers, such as statement of facts and extrajudicial debt recovery, all in compliance with the good practices on enforcement issued in the Guide published under the same name by the CEPEJ and written by Guillaume Payan.