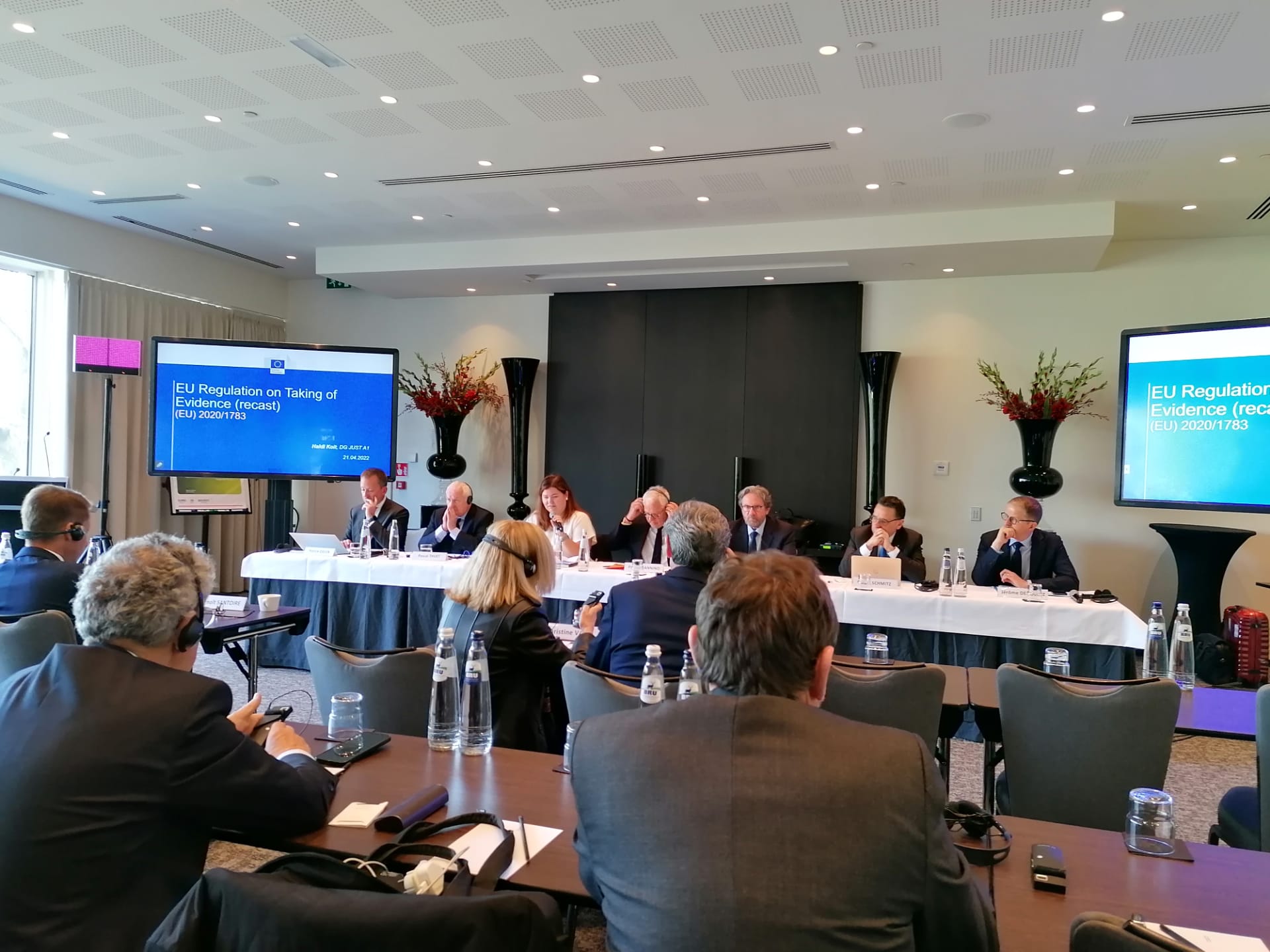 Conference on the statement of facts

The UIHJ, represented by its President, Marc Schmitz and its secretary, Patrick Gielen participated on April 20th and 21st in a bilateral meeting between the Chamber of judicial commissioners of France and the National Chamber of judicial officers of Belgium.

The first day was devoted to a working meeting between the two chambers to find common synergies on subjects such as the electronic service of documents, the improvement of the judicial recovery, and the specific cases of the statement of facts by drone. This day ended with an amicable dinner where the Belgian and French colleagues could exchange and get know each other better.

The second day was devoted to a conference on the topic of the statement of facts which was held as a face-to-face meeting in Brussels, as well as online. It has been organized under the French presidency of the Council of the European Union with the support of the European Foundation of the judicial officers.

The opening speech of the conference was presented by Mr. Sannino, president of the CNCJ and its aim was to put forward the statement of facts carried out by judicial officers as an activity to be developed not only in the various member states of the EU but also and especially at a European level regarding the multiplication of cross-border conflicts as e.g., in environmental matters as well as regarding hate crimes.

Mrs. Koit, expert at the European Commission, made an interesting presentation on the regulation (EU) n° 2020/173 on the taking of evidence in civil or commercial matters, which will enter into force on July 1st.

Then Mr. Pascal Thuet, judicial officer in France and treasurer of the CNCJ, spoke about the economic value of the statement of facts while insisting on the need of creating synergies between Belgium and France.

Mr. Lefebvre, former French minister, indicated in his presentation, that there’s a need to explore new tracks regarding statement of facts as e.g., in the field of environmental matters. It’ a huge field of activity which can offer innumerable prospects for the judicial officer in relation with statements of facts. Many examples were enumerated in that respect by Mr. Bourdiec, judicial officer in France.

Marc Schmitz, President of the UIHJ had the task to close this morning conference by underlining the importance of the activity, which constitutes statement of facts for the judicial officer, especially by considering the constant decrease of traditional activities of judicial officers, such as the service of documents and the legal recovery. By the same occasion the two presidents of the Belgian and French national chambers were invited by him to put the focus on continuous and targeted training. It will allow judicial officers evolving towards multi-tasking legal professionals with thorough knowledge of modern technologies.

This bilateral event organized between Belgium and France was without any doubt the first of a long series. 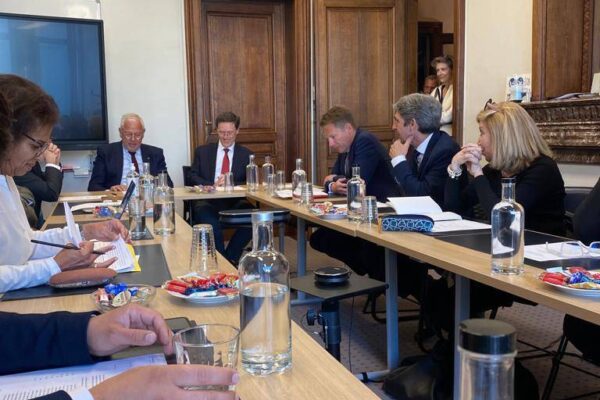 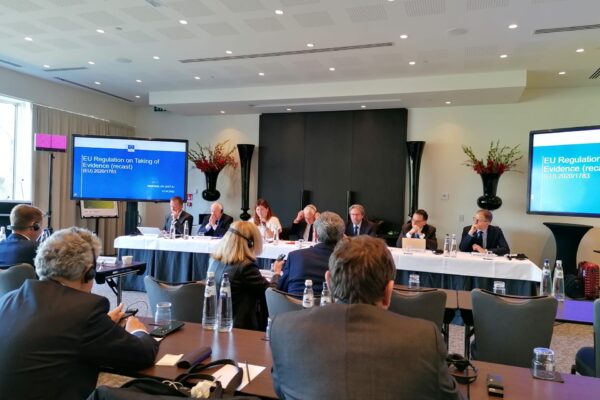 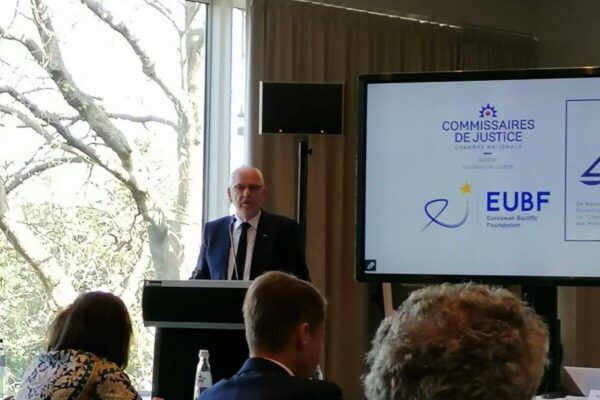 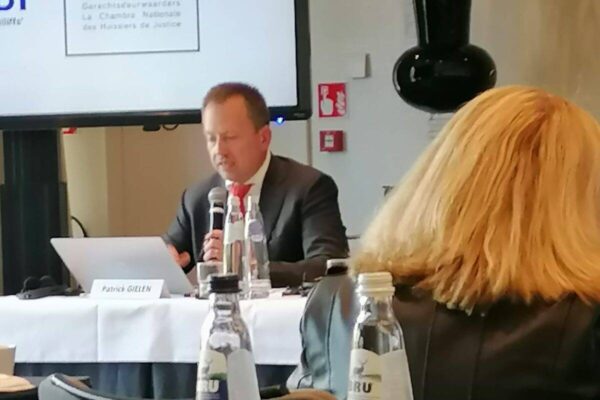 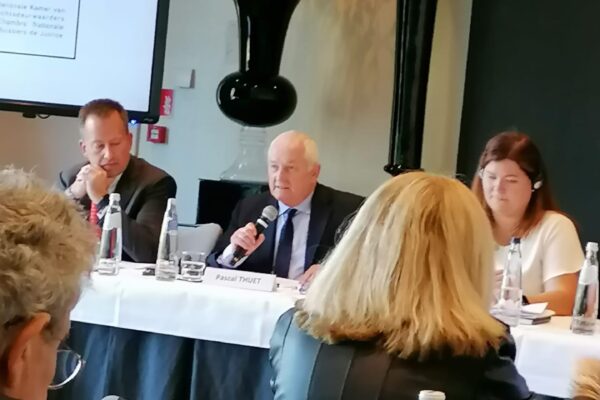 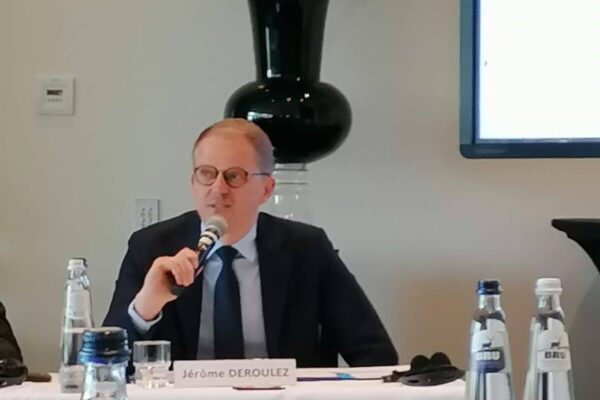 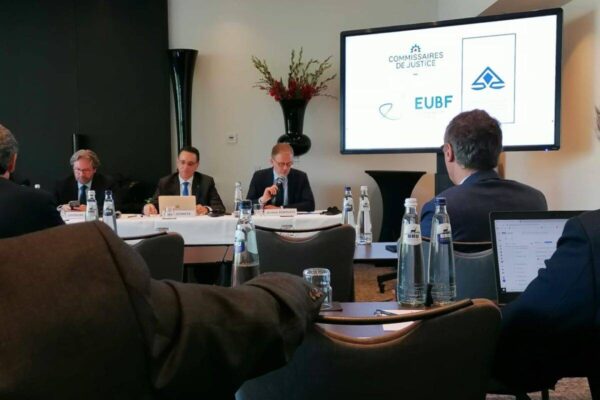 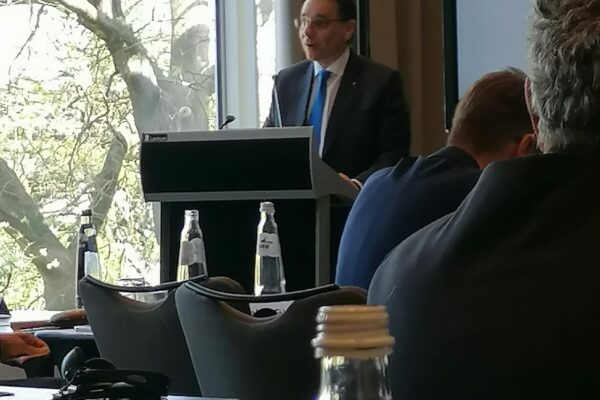 European Study Day at the University of Liege