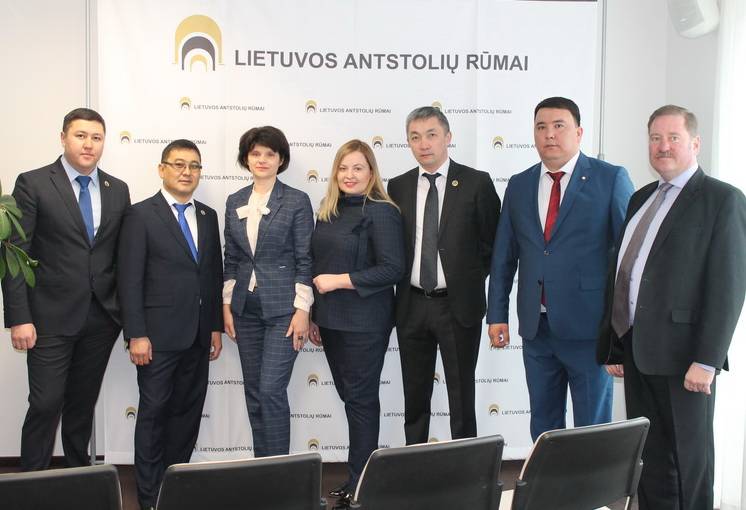 The Memorandum of Cooperation between the Chamber of Judicial Officers of Lithuania and the Chamber of Judicial Officers of Kazakhstan was signed on 2 May 2017 in Vilnius (Lithuania). It opens possibilities for exchange of experience of judicial officers and a faster anchoring of the institution of judicial officers in Central Asia. 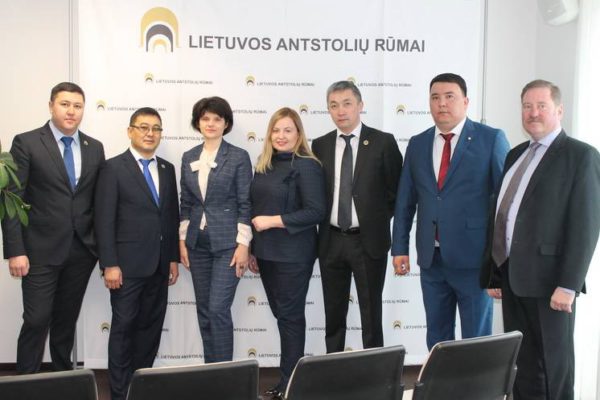 According to Zhanibek Mausymbekov, the principle issue of enforcement of decisions in Kazakhstan is to ensure the efficiency of debt recovery and the accessibility of services provided by judicial officers in all regions of the country.

According to Inga Karalienė, the Chairwoman of Presidium of the Chamber of Judicial Officers of Lithuania, increasing of the scope of services is a task of judicial officers that is no less important in any country. Services provided by judicial officers diminish the level of litigation and the need of application of enforcement measures and they also improve the image of judicial officers.

Lithuanian judicial officers have exceptionally rich experience in statement of facts. Throughout 14 years of private operations this legal service was provided almost 40 thousand times. Evidence important to the clients who ordered a service are documented in material reality and in virtual space.

Electronic auction is reasonably considered as the most advanced electronic service of Lithuanian judicial officers, it is a convenient tool to find and obtain remotely the objects of immovable and movable property sold as a consequence of debts. The auction was transferred to Internet in 2013 and the number of sales of debtors’ property in Lithuania increased by 20 %. Internet portal www.evarzytines.lt informs about all property sold at auctions. As they connect to this portal the participants participate in auctions by raising the price of property until one of them becomes the winner.

Almost 30.000 auctions in total were announced in Lithuania during the period from 2013 to 2017. During them tens of thousands of various objects were sold, starting from plots of land, houses, flats and ending with securities, trademarks or antiquities.

Judicial officers of Kazakhstan are aiming at becoming an effective part of electronic power because in the State, the surface area of which takes up 2 717 300 square kilometres, and which has more than 18 million inhabitants, modern legal procedures without advanced technologies are simply impossible. However, in the majority of cases the installed electronic procedures do not yet ensure by 100 % the possibilities of remote participation in the process of recovery of debts. For example contrary to the procedure in Lithuania, the winner of electronic auction in Kazakhstan has to go to the office of a judicial officer in order to sign the act of transfer of property.