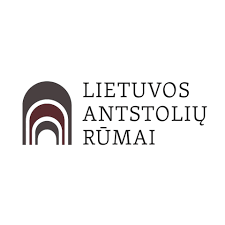 The pandemic did not reduce the need to serve international documents 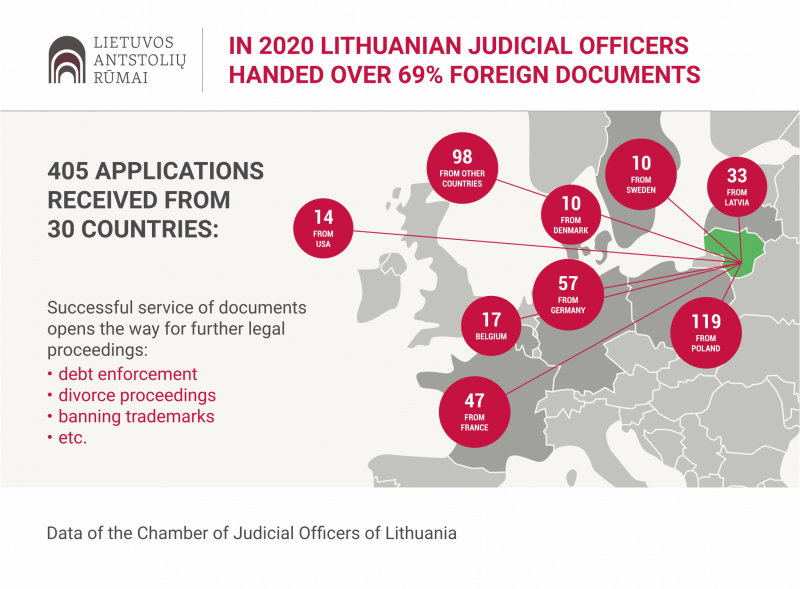 In 2020, the need for service of foreign documents in Lithuania has remained similar to that of 2019.

The Chamber of Judicial Officers of Lithuania has received 405 requests (in 2020 there were 408) for service of judicial and extrajudicial documents in the territory of Lithuania from 30 different countries.

The largest number of requests came from Poland (119), Germany (57), France (47) and Latvia (33). 219 (69%) of the documents were successfully served to the addressees – natural and legal persons, and for such service the senders have paid in accordance with the established procedure.

The service of documents by judicial officers is an important stage in legal proceedings. It is important to note, that the fact of appropriate service of documents (judical and extrajudicial) itself has such legal consequences as the suspension of the limitation period, the beginning of the time-limit for the defendant to reply and many other consequences. The documents served range from small debt claims to a large company’s ban on using a trademark, from notifications of divorce proceedings to claims by foreign authorities to cover debts to their budgets.

Many examples have been gathered from the practice of Lithuanian judicial officers, which clearly shows that prompt service of documents ensured the success of further legal proceedings.

One of such documents have been sent by Belgian judicial officers and was served to a Belgian pensioner staying in Kaunas the day after it was received at the Chamber of Judicial Officers of Lithuania. The senders requested that the document be served as soon as possible, as a hearing was scheduled in a Belgian court regarding a debt of almost 4.7 thousand euros (debt originated from missed rent payments). The Chamber of Judicial Officers of Lithuania has immediately contacted one of judicial officers that are active in Kaunas and made sure that the documents were taken to Kaunas as soon as possible. Due to the proper service of the aforementioned documents by the judicial officer, even the summoned person’s failure to appear before a Belgian court could no longer suspend the debt award proceedings.

In another instance, representatives of the manufacturers of famous French lingerie turned to Lithuanian judicial officers to inquire on a possible international illegal trade scheme. Underwear products were sold through an international online sales platform registered in Lithuania, although the products of this manufacturer can only be legally sold through selective distribution networks and specialized outlets. The Lithuanian judicial officer was entrusted with the prompt delivery of the French company’s request to the owners of the online buying and selling platform in Lithuania to provide the aforementioned company with all possible identification data related to the account of the person who registered the underwear illegally.

As it can be seen in many other similar cases, the service of documents provided by judicial officers is one of the most effective means of helping natural and legal persons to defend their legitimate interests in the shortest amount of time.

The accumulated experience in serving written international documents helps Lithuanian judicial officers prepare for the inevitable transfer of such service to the electronic space. Preparatory work has been discussed during the remote joint meeting of the committee on the service in the member states of judicial and extrajudicial documents in civil and commercial matters and of the committee on cooperation between the courts of the member states in the taking of evidence in civil or commercial matters, which took place in April of 2021. Representatives of the Lithuanian National Courts Administration, the Ministry of Justice and the Chamber of Judicial Officers of Lithuania has participated in this meeting. The aforementioned meeting made clear that it is planned to create an international information system at the EU level. Until July 1st of 2022 – the necessary EU regulations are planned to be drafted and adopted, and by 2025 – the new information system for the electronic service of international documents should be ready and operational.