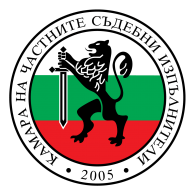 To introduce the widest possible electronic range of actions to be performed by private enforcement agents (PEA), including online distraints and foreclosures, full electronic access to information on debtors and electronic communication with institutions and litigators – these are the key priorities highlighted in the program of the new management of the Bulgarian Chamber of Private Enforcement Agents (BCPEA). On 26 June 2021, the organization members elected new governing bodies for a term of three years. The private enforcement agent Ivan Hadzhiivanov took over the chairmanship of the Chamber Council. He was elected by 106 votes of BCPEA members. His predecessor Georgi Dichev, who led the organization for the last 6 years, headed Control Committee. The current chairman of the Disciplinary Commission Todor Lukov was re-elected for a new three-year mandate.

The jurist Ivan Hadzhiivanov (64 years) was deputy chairman of BCPEA in the previous mandate and has been practicing the profession since its establishment in 2006. Before becoming a private enforcement agent, Hadzhiivanov was a municipal councilor and chief jurisconsult of Rousse Municipality.

In addition to continuing the process of electronization in judicial enforcement, which will reduce costs for litigators, the sector will seek to expand the range of powers of Bulgarian private enforcement agents in accordance with best practices in Europe. “We see the prospects in voluntary collection of receivables, voluntary sales, and establishment of facts”, the new chairman said. He will fight for a change in the tax regime for private enforcement agents and for the update of the Tariff of Fees and Charges to the PEA Act. Improving control over the profession remains a key task for the Chamber. In the period 2021-2024, the Council will work to increase the number of public creditors to assign their receivables for collection by PEAs. In these cases, the costs of enforcement are borne by the debtors, unlike the case when the state collects its receivables – the price for this is borne by all bona fide taxpayers, the BCPEA pointed out.

“In the crisis year of 2020, the private enforcement agents in Bulgaria were the only profession that asked the parliament to restrict its activities by law. While some of the economically active entities stopped working forcibly, PEAs did so deliberately. For four months, we limited the number of our actions. Due to the emergency situation, we have recorded our weakest performance on an annual basis,” former chairman of the BCPEA Georgi Dichev said in his report. He pointed out that despite the difficulties, every year the private enforcement agents pay back 150 million BGN (75 million EUR) to citizens – money from unpaid salaries, alimony, rents, unpaid loans, and other amounts under contracts, compensation to victims of accidents and serious crimes.

The report on BCPEA activities in 2020 showed record-low results. Despite the low collection rate, 23% of all collected amounts are in favor of individuals. Georgi Dichev thanked his colleagues for their professionalism and tenacity, for their efforts to keep the necessary balance, maturity, and responsibility in exercising their profession, especially in the difficult economic situation for the PEA’s offices.

International Conference on Enforcement in Sofia on 20 March 2019